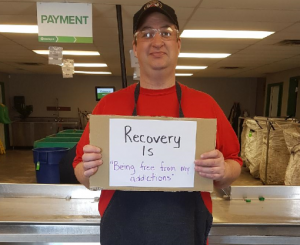 ris was 28 years old when he found himself alone and homeless on the streets of Toronto. Ten years earlier Chris had been volunteering as a firefighter and working 40 hours per week while attending high school in Port Saunders. He graduated with honors and went on to finish his Class I Heavy Equipment Operator course that would take him to Alberta and then to Ontario for work. Being on the road away from home in Ontario, Chris started feeling suspicious of people and experienced debilitating fatigue and lack of motivation. Not recognizing that this could be mental health symptoms, Chris self-medicated with alcohol and drugs, which led to even more problems. Chris had lost his job, his relationship, and his home by the time his mother realized what was going on and made arrangements for him to return home.

Moving back to his hometown of Port aux Choix brought him closer to supports but he found it increasingly difficult to stay sober in a small town. Chris was diagnosed with paranoid schizophrenia, and at that time believed his medications were poisoning him. On the advice of his doctor, he moved to Corner Brook to be closer to mental health services. During a span of three years, Chris was admitted to the mental health unit on 13 occasions, and he moved around from boarding home to boarding home, his mental health and addiction issues often jeopardizing stability in his housing. At one point his home burned down and he again lost everything.

A turning point for Chris was when he connected with the Assertive Community Treatment (ACT) team. ACT teams provide intensive, multi-disciplinary treatment to people whose lives are significantly impacted by persistent and serious symptoms of mental illness. The ACT team helped Chris become stabilized on his medications, helped him with his financial management and provided encouragement and practical support in attending regular medical appointments and Alcoholics Anonymous (AA). Going to AA on a regular basis provided him with a focus on wellness and daily supports. 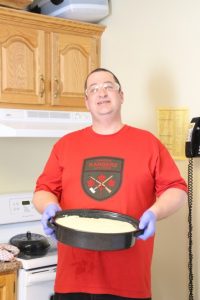 a new medication that he now states was the primary factor in his recovery as it helped him think clearly and reduce his symptoms. As he was beginning to feel better and better, Chris transitioned into the West Lane program in 2016. The West Lane Recycling program is an occupational therapy program for people with mental illness whose ability to carry out their activities of everyday living has been disrupted by a mental illness. When he first came to the program, Chris had been living in personal care homes and in boarding homes, and had the aspiration of independent living. The West Lane program has taught Chris daily living skills such as cooking, cleaning and budgeting, and last fall, Chris achieved his goal of moving into his own apartment with Newfoundland and Labrador Housing. With this goal accomplished, Chris has set his next goal of a return to competitive employment. At the West Lane program he has received help to develop a resume and to look for employment as a truck driver. As part of his daily participation in the program he continues to develop coping skills and strategies to manage his mental health. After over three years of sobriety, he is feeling mentally stronger, and is now himself a sponsor for two young men.

Chris recently went back to Ontario for the
wedding of his nephew, who is a 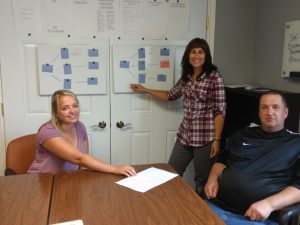 police officer. He states that he was offered a drink by his nephew’s fellow officers, to which he responded, “No thanks, I am allergic to alcohol. When I drink it, I break out in handcuffs!” Chris is now saving his money for another trip to see his sister and nephew. Chris states he has never been happier in his life than right now.

Chris’ story is one of many stories of recovery. The journey from being that young man in a big city struggling with illness and addiction, jobless and homeless and how he has persevered with a sense of pride and a sense of humor is heartwarming. His story is a one that inspires hope, and shows that mental health impacts everyone, and that Recovery is Possible!